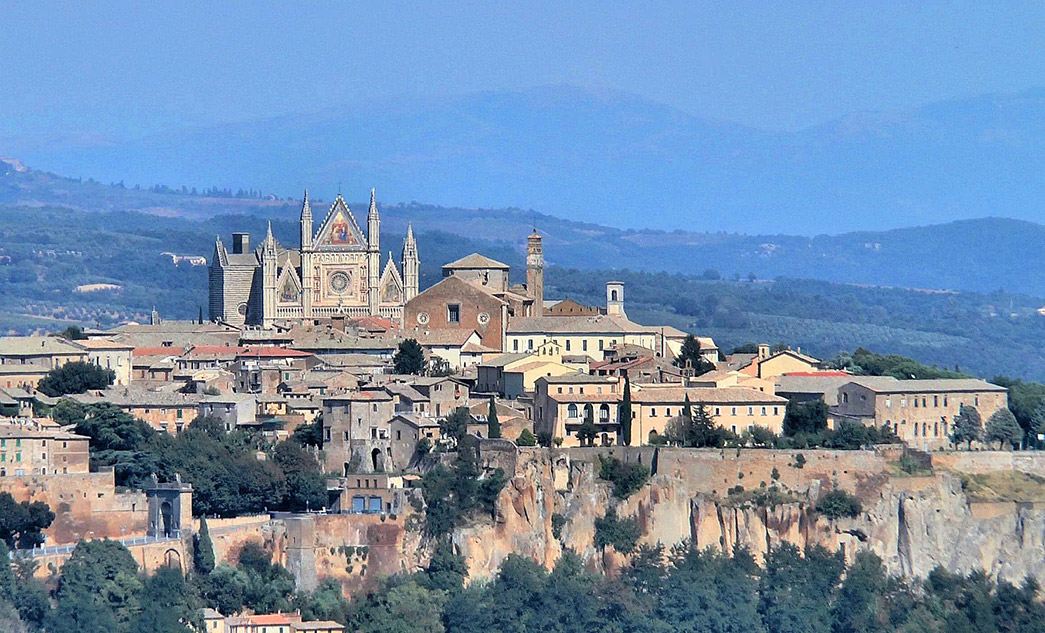 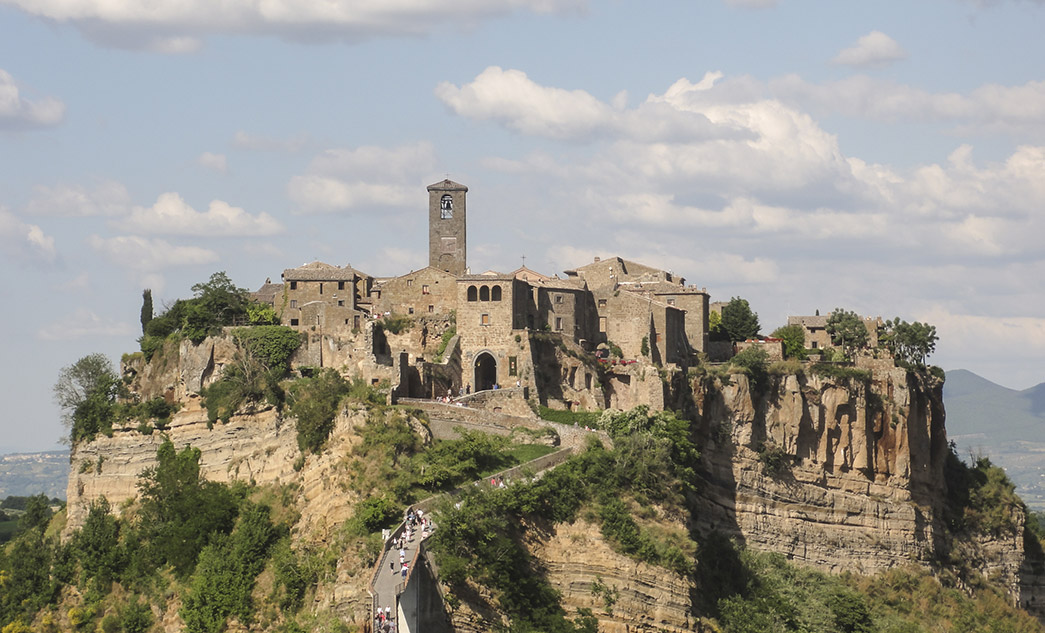 Orvieto and Civita di Bagnoregio are two towns in Umbria of Etruscan origin listed as UNESCO World Heritage Sites. They are magical places to remember the most powerful and mysterious civilization of ancient Italy before the Roman times.

This is a long journey into one of the most mysterious areas of Umbria. Located at the far bottom of the region ,near the region of Latium, it is reached directly by the highway and very scenic country roads. After a drive on A1 motorway, we exit at Orvieto, which is is our first stop.

Orvieto is perched on an upland of tuff rock (soft volcanic rock) that was once an island in the sea that covered the Paglia valley below. Here you will have time to explore one of the finest Duomos in Italy, a gem of Gothic architecture. Its construction began in 1290 and was not completed until the 1600. It was built to enshrine the relics of the miracle of the nearby lake of Bolsena, the main architect was the Sienese Lorenzo Maitani who was helped by other great ones (Andrea Pisano and Orcagna). Its façade is the most richly decorated.

Here you will have the possibility to take a 45 minutes guided tour of the underground city with its winding tunnels and Etruscan relics allowing you to explore 3000 years of history by following ancient passageways, stairs and hidden rooms.

Another important site is St. Patrick’s well, which was built on orders from Pope Clement VII who sought refuge here during the sacking of Rome: this 203 feet deep well boasts double spiralled staircases for easier access to the water.

If you are a white wine lover maybe a stop at the local wine shop would be appreciated for a bottle of the local Orvieto dry white wine.

Back on the road, it will be time to venture onto the fascinating country roads that will take us back in time to our second stop: Civita di Bagnoregio " The Dying Town".

The first impression you get is that of a town which is bravely hanging onto a cliff, and whose houses of many different shapes seem to spring directly from the rock. Civita di Bagnoregio, perched on rocky shale is accessible only by a footbridge. The village fights constantly against the erosion: 50 stone houses, a cathedral, few pedestrian streets are evidence of its illustrious past.

The population today varies from about 12 people in winter to over 100 in the summer. Life is simple in Civita di Bagnoregio and the locals, not used to tourists, continue spending their days doing what they did decades ago: going to the local butcher, buying fresh bread and sitting outside talking to their friends and neighbours. The reason why Civita di Bagnoregio is so unusual is that it is disappearing. They call it “the dying city” because, gradually, over many centuries, erosion and earthquakes have tugged away at the tuff rock until only this small part remains.

Ticket for the Duomo in Orvieto: 3 € per person ( to be paid by the client on site)

Ticket for Underground City: 15 € per person ( to be paid by the client on site)