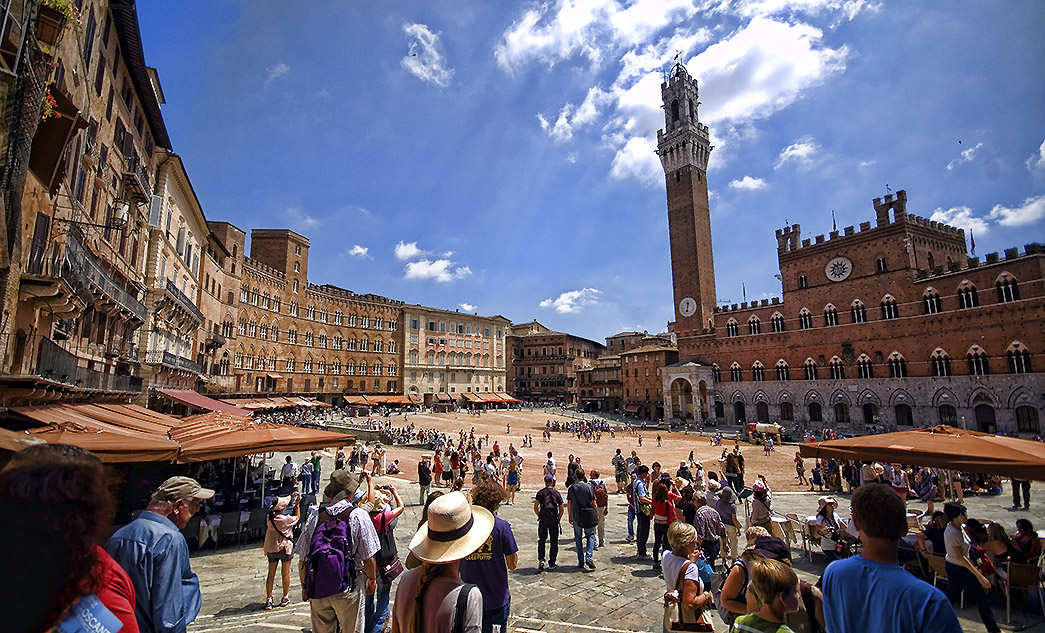 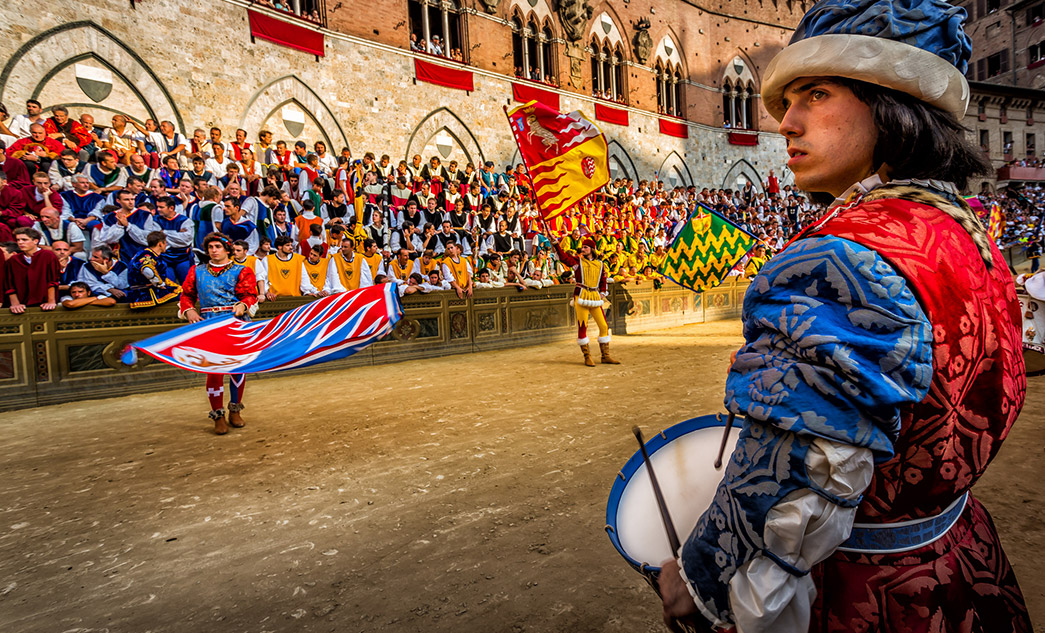 Siena and its surroundings

Siena is one of the most important tourist destinations in Tuscany for a day trip. Siena is the famous city of the Palio, it is seat of the “Enoteca Italiana” - the only national wine association - and of the “Monte dei Paschi” - the oldest bank in the world.

Beautifully laid out on three hills, Siena owes its popularity as one of the main attractions in Tuscany to its perfectly preserved gothic city center, with the "Piazza del Campo" one of the most beautiful squares in the world, where the famous Palio horse race takes place twice a year - on July 2nd and August 16th- and the cathedral, considered one of the most impressive churches of Italy especially thanks to its impressively richly decorated interiors. But it’s not just the magnificent monuments of Siena that make it a must-see attraction, it is the overall atmosphere and architecture that still expresses the grandeur of its heyday that make of the visit of Siena an unforgettable experience.

Walking through the town that is so well preserved you will feel as if you have returned to the end of the 13th century, when Siena represented one of the greatest examples of civic, social and political organization in the whole of Europe. In visiting this city one should realize that it is not simply a "hill town in Tuscany" as Siena indeed was one of the most prestigious capitals of Europe in the middle ages.

The tour will continue to San Gimignano, famous for its fourteen medieval soaring towers (there were seventy-six towers in the past) that dominate the skyline, high walls and narrow streets. San Gimignano is the only Italian towered hill town that has kept intact its mediaeval appearance and is listed by UNESCO as a World Heritage Site.

Learn about the Guelph-Ghibelline conflict and commercial interests that forced the local rich families to build their towers, as well as what brought fortune and bankruptcy to this town that despite the small size is one of the most visited and unique sights of Italy. You will have free time to explore the town and peek into beautiful churches, local gourmet shops and enjoy the atmosphere. You can look for locally-produced zafferano or saffron, and stop in one of the many wine shops to taste the local white Vernaccia wine and indulging in a real Italian gelato.

During the day you will also stop in Monteriggioni, a small jewel of our region. This is an impressive walled medieval fortress dating back to the 13th century that sits on top of a hill surrounded by the picturesque Tuscan countryside. Its medieval walls and fourteen towers are still intact and have been immortalized by Dante in the Divine Comedy.